Worst actors of ALL TIME 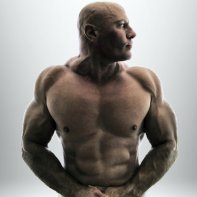 By Agent ONE,
November 4, 2005 in Anime or Science Fiction