Is Macross II part of the main timeline? 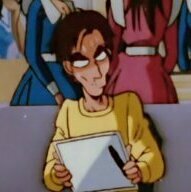 By George Yamamori,
September 25 in Movies and TV Series