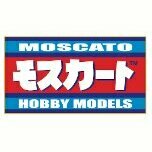 By captain america
January 14, 2021 in Anime or Science Fiction