Which Macross Fleet would you be a part of? 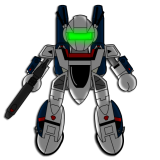