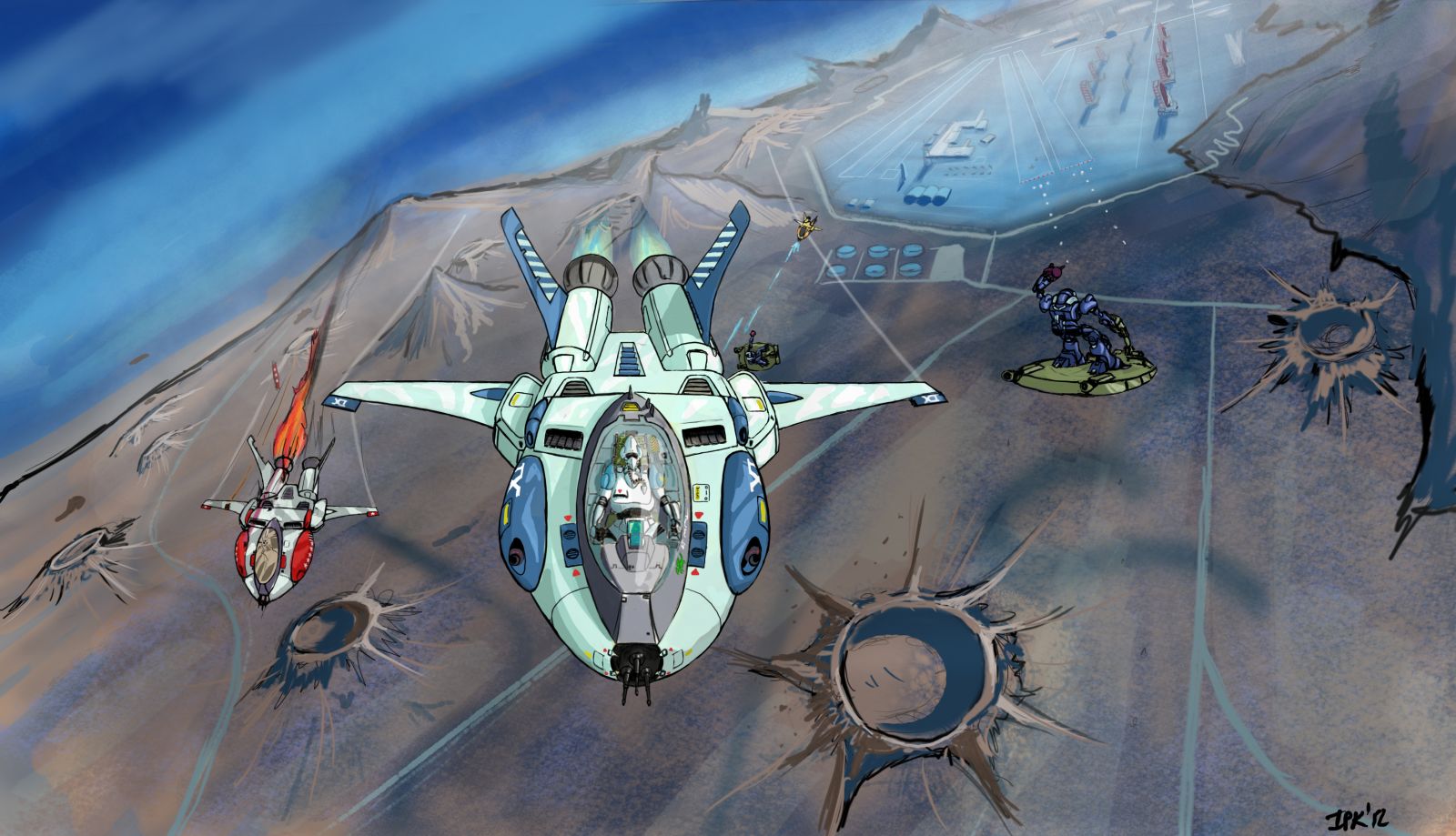 VF-8 Veritech Logans of VT-131 the "Dragons" scramble to meet a surprise Bioroid attack. Members of Southern Cross Logan units found themselves at a vast disadvantage against the nimbler Bioroid/Hovercraft combination. Earth's new enemy would take it's toll on TASC until the introduction of the AJACS provided parity between the two opponents.